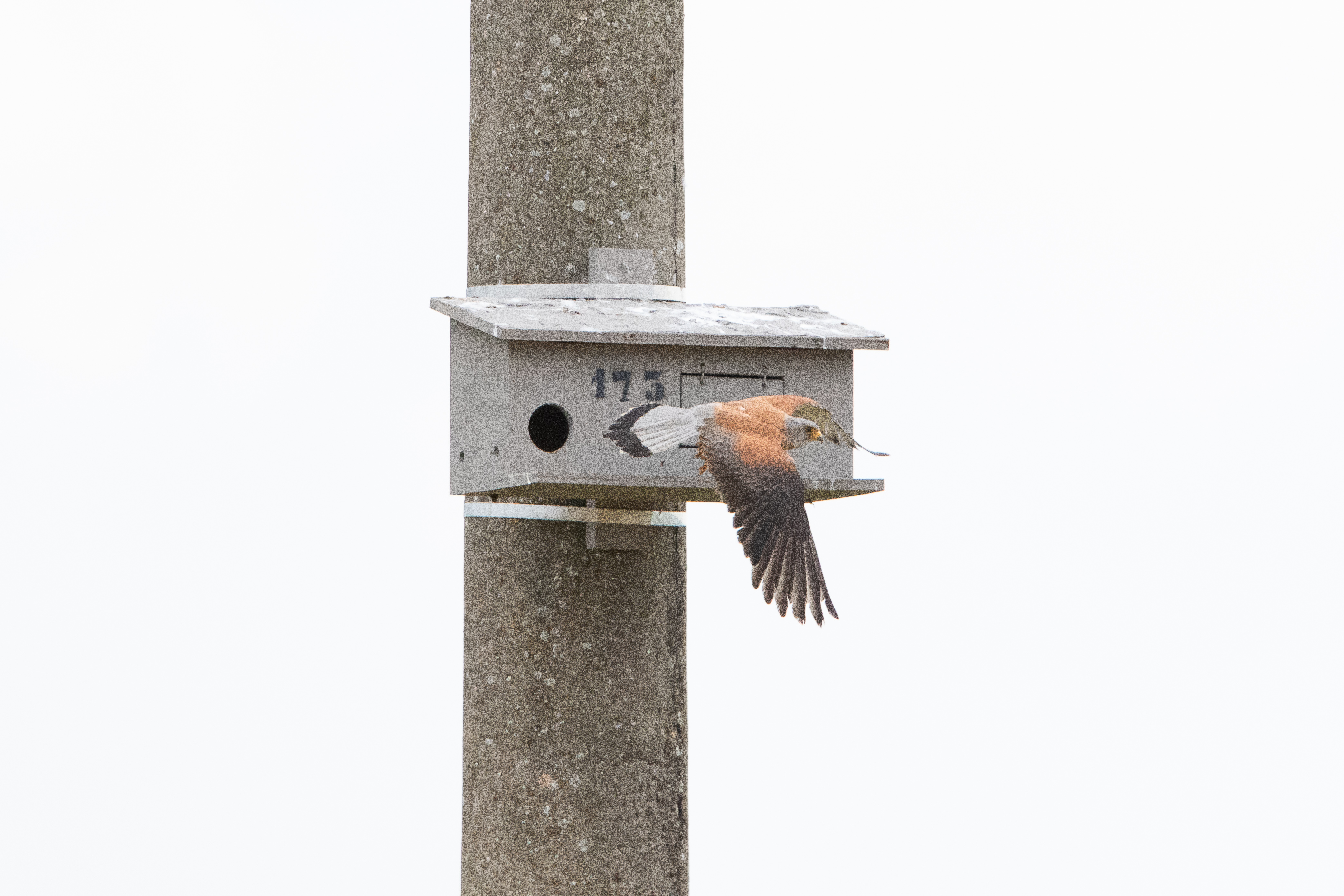 At the beginning of spring 2021, upon their return from Africa, the lesser kestrels of the Po Valley found at their disposal 310 new safe nesting sites: nest boxes and nesting towers set up under the LIFE FALKON project.

In the Po Valley, natural colonies of lesser kestrels are normally established in old decaying buildings, whose destruction or renovation poses a direct threat to the small local population.

To counter this phenomenon, as part of the conservation action plan, last autumn LIFE FALKON staff installed 200 nest boxes for lesser kestrels, scattered in the large agricultural area between the provinces of Mantua, Modena, Bologna and Ferrara, and another 110 boxes grouped in five nesting towers built by the project. This area hosts the most northerly population of lesser kestrels in Europe, and represents the ability of the species to colonise new latitudes as a result of global warming.

Since the return of the lesser kestrels from Africa around early April, FALKON staff have been monitoring whether the installed boxes were being used. For the first year of placement, a low occupancy rate of the new structures was anticipated: it is known that it takes one or two years for the lesser kestrels to accept new structures in their territories. However, as early as 2021, at least four pairs of lesser kestrel occupied the boxes, raising one or more chicks. These brave pioneers have not been alone, in fact also two pairs of European Roller and a dozen of Little Owls have used the nest boxes of the LIFE FALKON project: a conservation success that already involves other protected species!

In fact, each of these boxes provides a cozy and safe nesting site not only for the lesser kestrel, supporting the populations of several species of protected birds of the Po Valley. 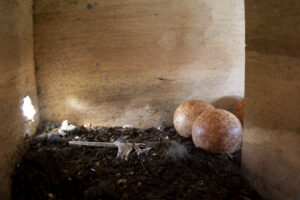 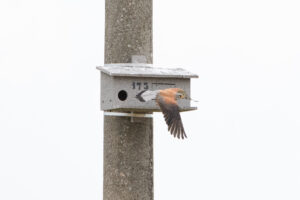 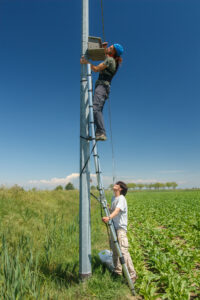