The Lesser Kestrel (Falco naumanni) is a small, elegant and slender falcon, with rather narrow and pointed wings and a long tail. It is approximately 30 cm long, with a wingspan of 60-70 cm.

Males and females broadly differ from each other. The male has brighter colours: its head is slate grey, as well as its tail, which has a large black band; the back is reddish-brown, while the chest and belly are cream-colored, with small black heart-shaped spots. It differs from the more common Kestrel (Falco tinnunculus) for the absence of “moustaches” on the head and of black marks on the back and for a grey band that crosses the wings (only brick red and black in the Kestrel). The female, on the other hand, has a less conspicuous plumage, with light brown upper parts barred with black and light and heavily spotted underparts. It is very similar to the Kestrel female, from which it can be distinguished only by observing small details, such as the colour of the nails (white in the Lesser Kestrel, dark in the Kestrel) and the relative length of wings and tail. The young look like the female. Contrary to what one might think, the female, with its 160 g of weight, is larger and more massive than the male, which weighs only 140 g.

The call is characteristic: a “check-check-check” emitted mainly at the colonies and used to communicate with the partner and to signal the presence of an intruder. 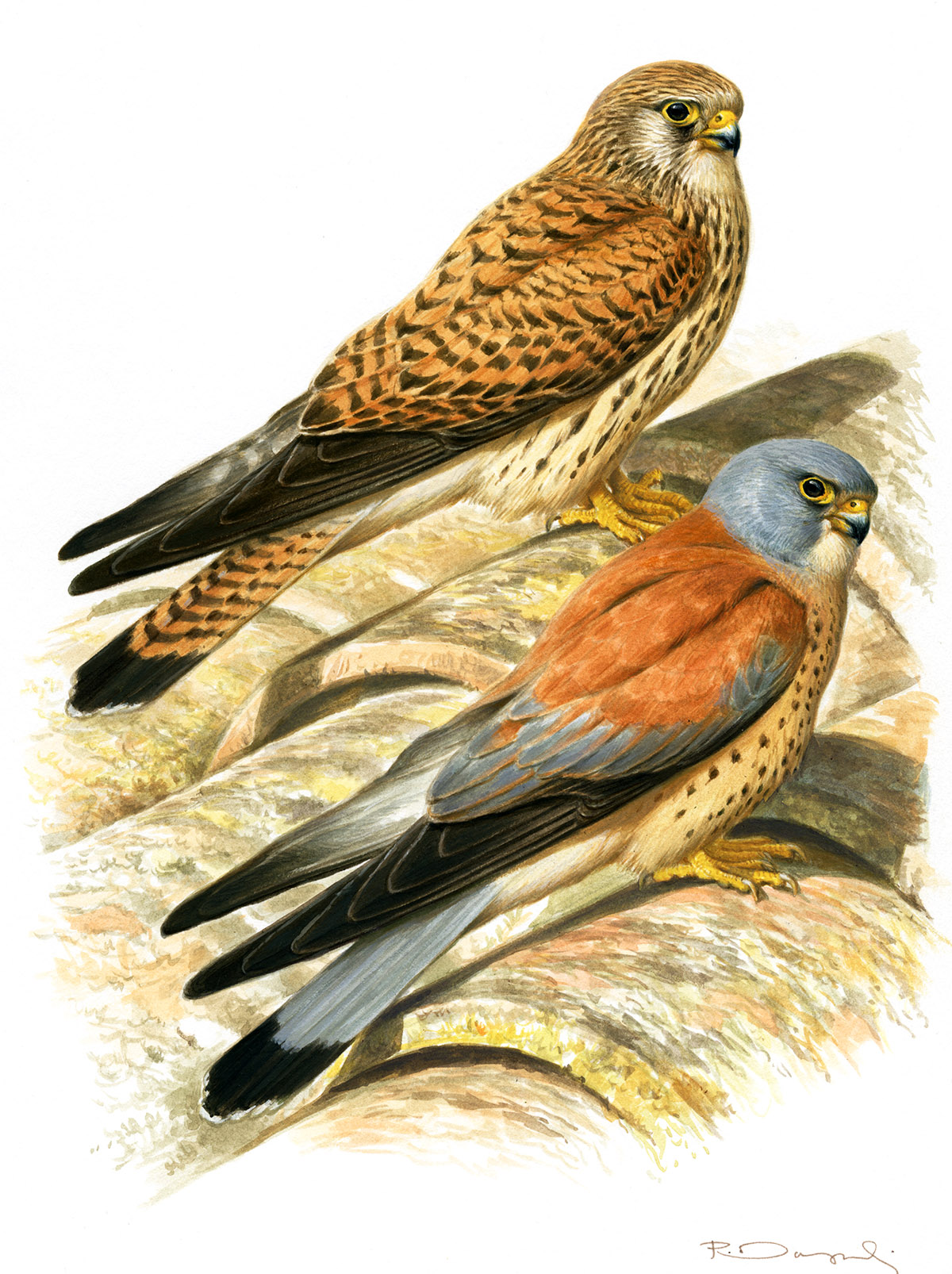