The Lesser Kestrel nests in colonies made up of a variable number of pairs, from one to a few dozens. This is not to say that competition for nesting cavities is not fierce; birds that arrive earlier at the colony in the spring are more likely to find a better nest to raise their offspring. The colonies are located in different contexts: ancient or modern buildings within historic urban centres but also isolated rural buildings, such as inhabited or abandoned farmhouses and barns, or rocky walls. The nests are simple hollows inside cavities in walls, roofs or rocks. Sometimes the Lesser Kestrels occupy small shelves sheltered from atmospheric agents.

Pairs are formed in early spring and their bond lasts throughout the breeding season. During courtship, the male offers prey to the female. Egg-laying takes place between the end of April and the beginning of June; the date can vary according to the temperatures that the individuals find upon arrival at the colonies. The eggs, usually 3 to 5, are incubated by both parents until hatching, which takes place after about a month. The eggs of the same nest hatch over several days; for this reason, some siblings are often smaller than the others and do not always manage to reach adulthood. The number of chicks that survive until fledgling depends largely on the availability of resources around the colony and on atmospheric conditions. Both cold spells at the end of spring and intense heat waves, such as those that occur more and more frequently, claim many victims. The chicks are fed by both parents. Around fifteen days they are able to exit the nest cavity and explore the surroundings, but take off for their first flight much later, when they are one month old.

About 6-8 weeks after leaving the nest, the young falcons are ready to follow their parents and other adults along their migratory routes. They will return to the colony the following year or two years later, to form their own new family. 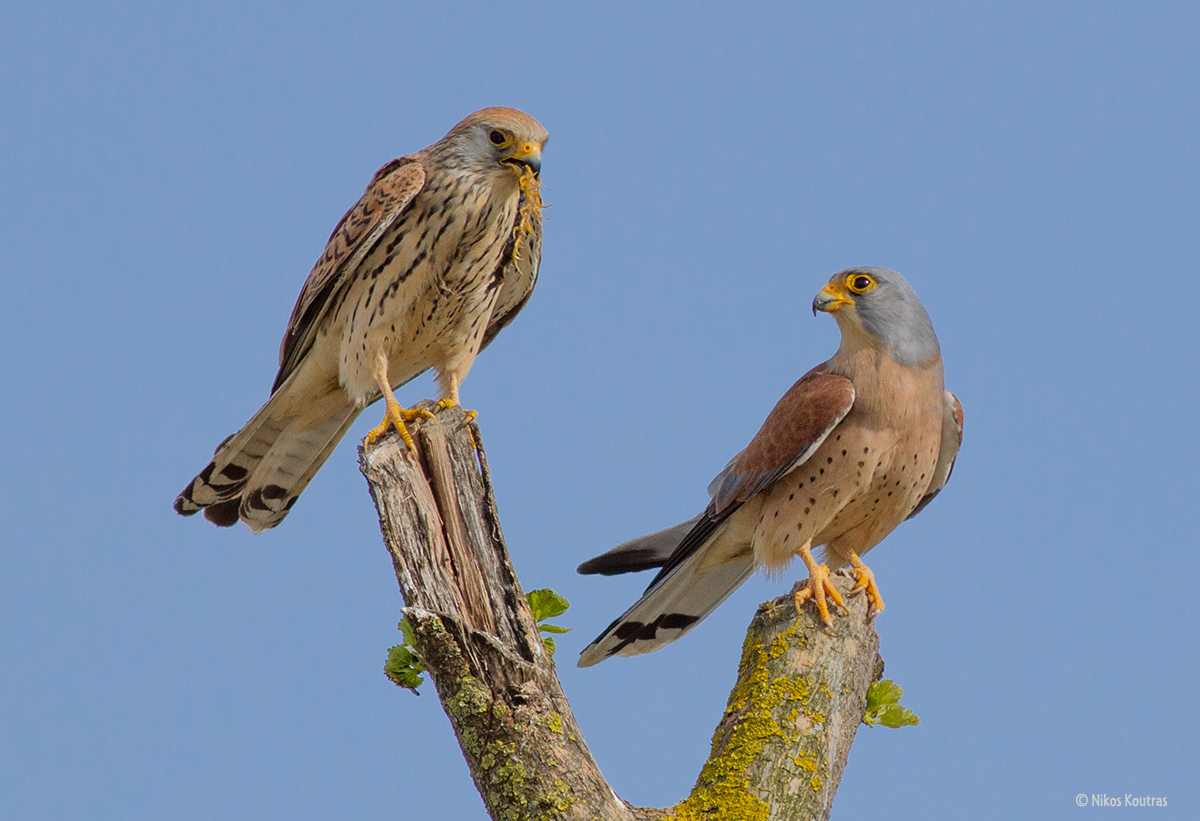 The Lesser Kestrel mainly feeds on large insects, such as crickets, grasshoppers, locusts, mole crickets and beetles. A pair of Lesser Kestrels can hunt as many as 160 insects a day; for this reason the species constitutes a valid aid for agriculture. Among the species’ favourite prey are also reptiles, birds and small mammals, such as voles. The hunt can be conducted both in solitude and in groups and takes place in open spaces rich in prey, such as meadows, cereal fields, plowed fields, pseudo-steppe areas within a distance of a few km from the nest. The Lesser Kestrels identify their prey using the “hovering” technique, i.e. by remaining still in the air, or by observing the surrounding area from raised perches, such as poles, electric cables and buildings. They can also catch insects in flight. 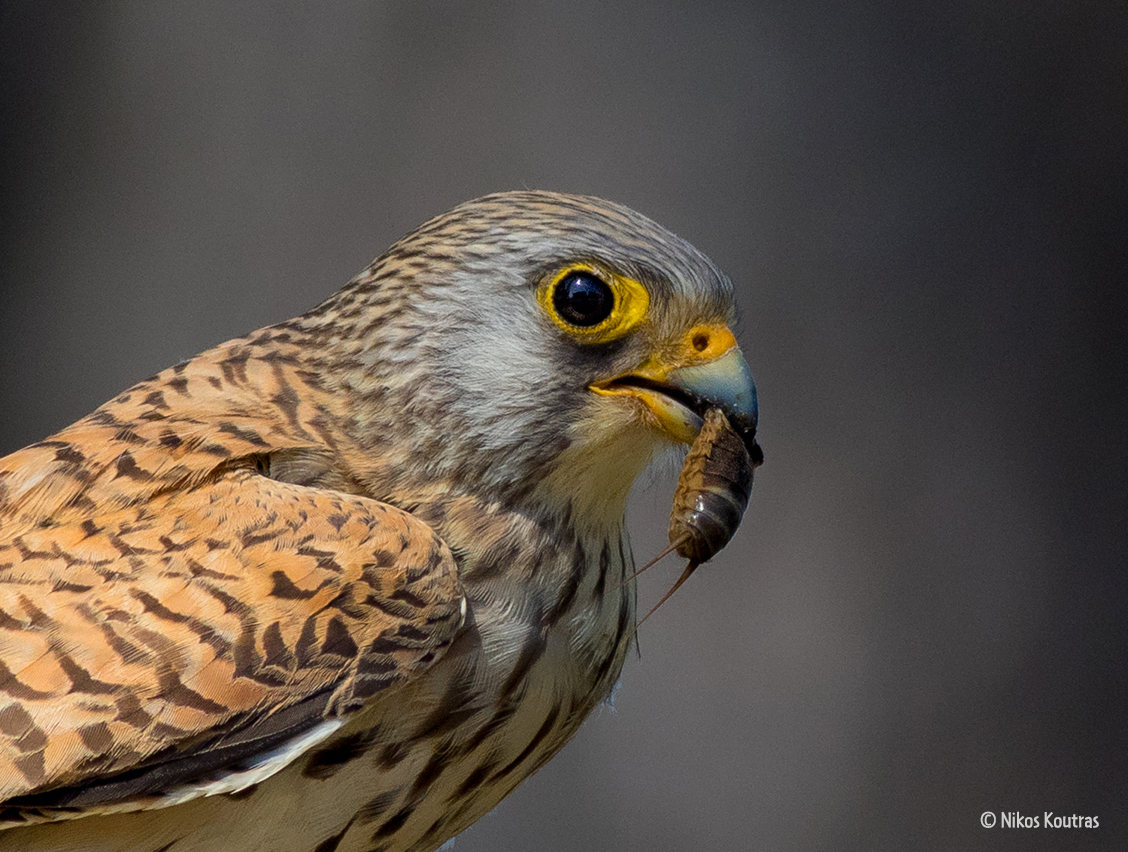 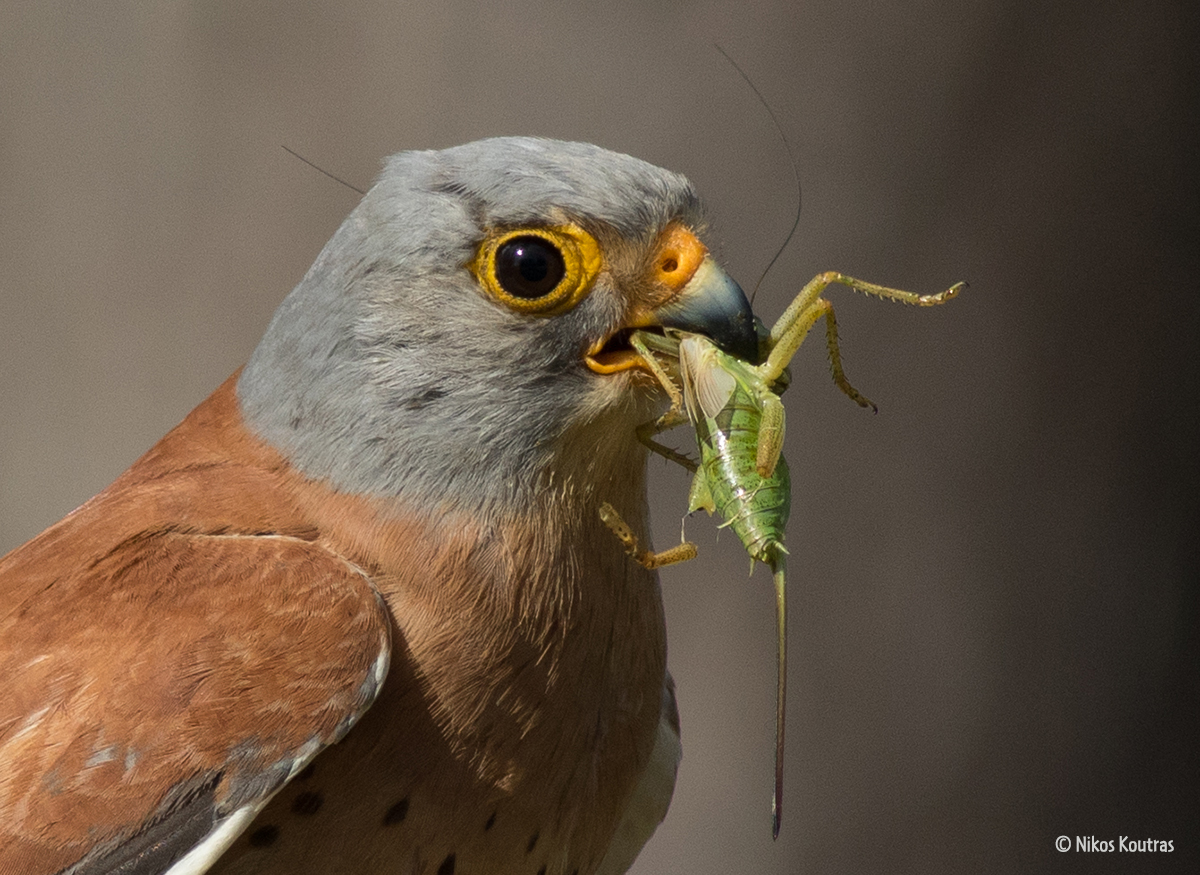 The species mainly occupy warm and dry open habitats with low or sparse herbaceous vegetation, such as cultivated plains and pseudosteppic or semi-desert areas. It prefers flat or hilly lands up to about 500 m of altitude. The breeding sites are located where there are both hunting grounds rich in prey, and towns, buildings or rocky walls suitable for nesting. Human disturbance is not a problem for the Lesser Kestrel, as long as it is not excessive. 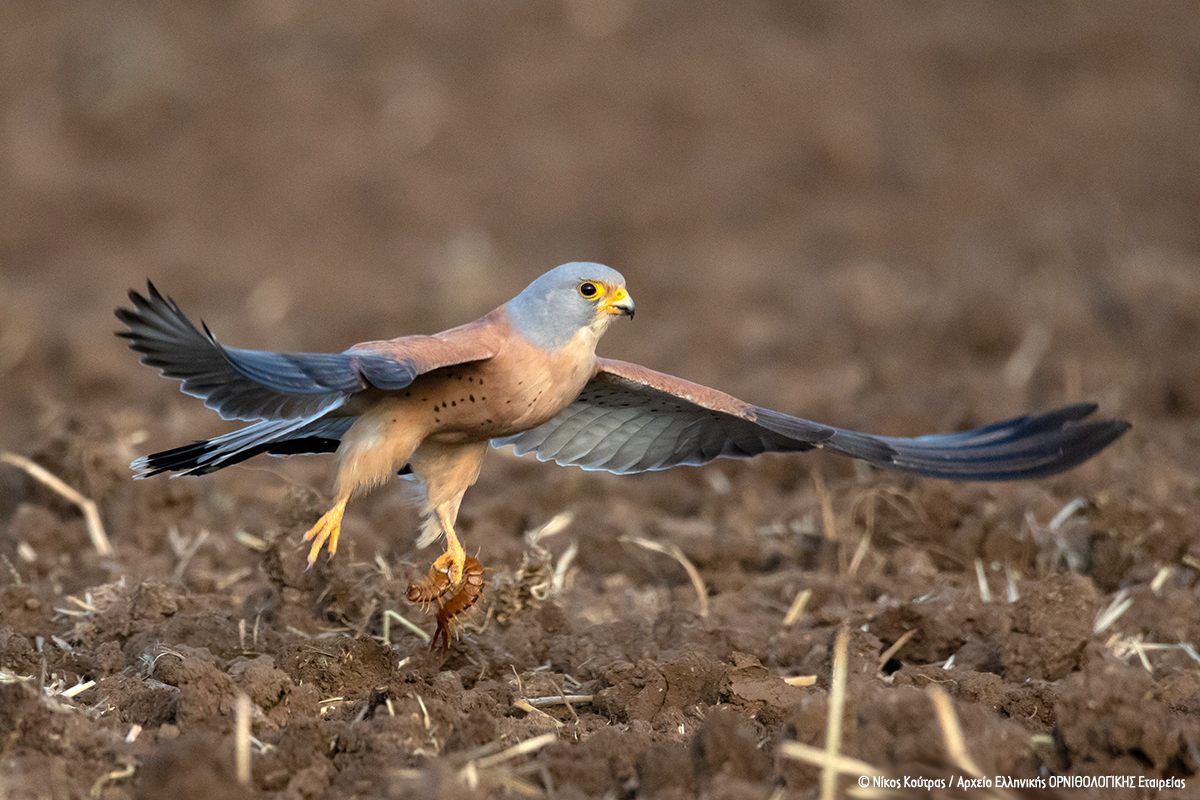 The Lesser Kestrel is a long-distance migratory species. Most individuals spend the winter in sub-Saharan Africa, although some stop in southern Europe or North Africa or reach southern Asia.

Spring migration begins in February and the falcons reach their nesting sites between late February and early April. Immediately after reproduction, between the end of July and August, the Lesser Kestrels leave the colonies to reach the pre-migratory fattening areas, often gathering in large groups for the night. Autumn migration begins at the end of August and lasts until November.

The Lesser Kestrel is a philopatric species, which returns from year to year to the same site to nest. Juveniles also tend to return to or very close to their original colony to reproduce. 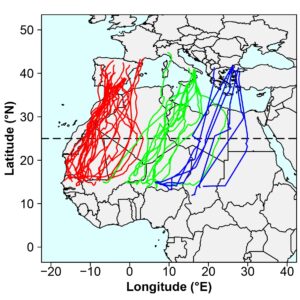