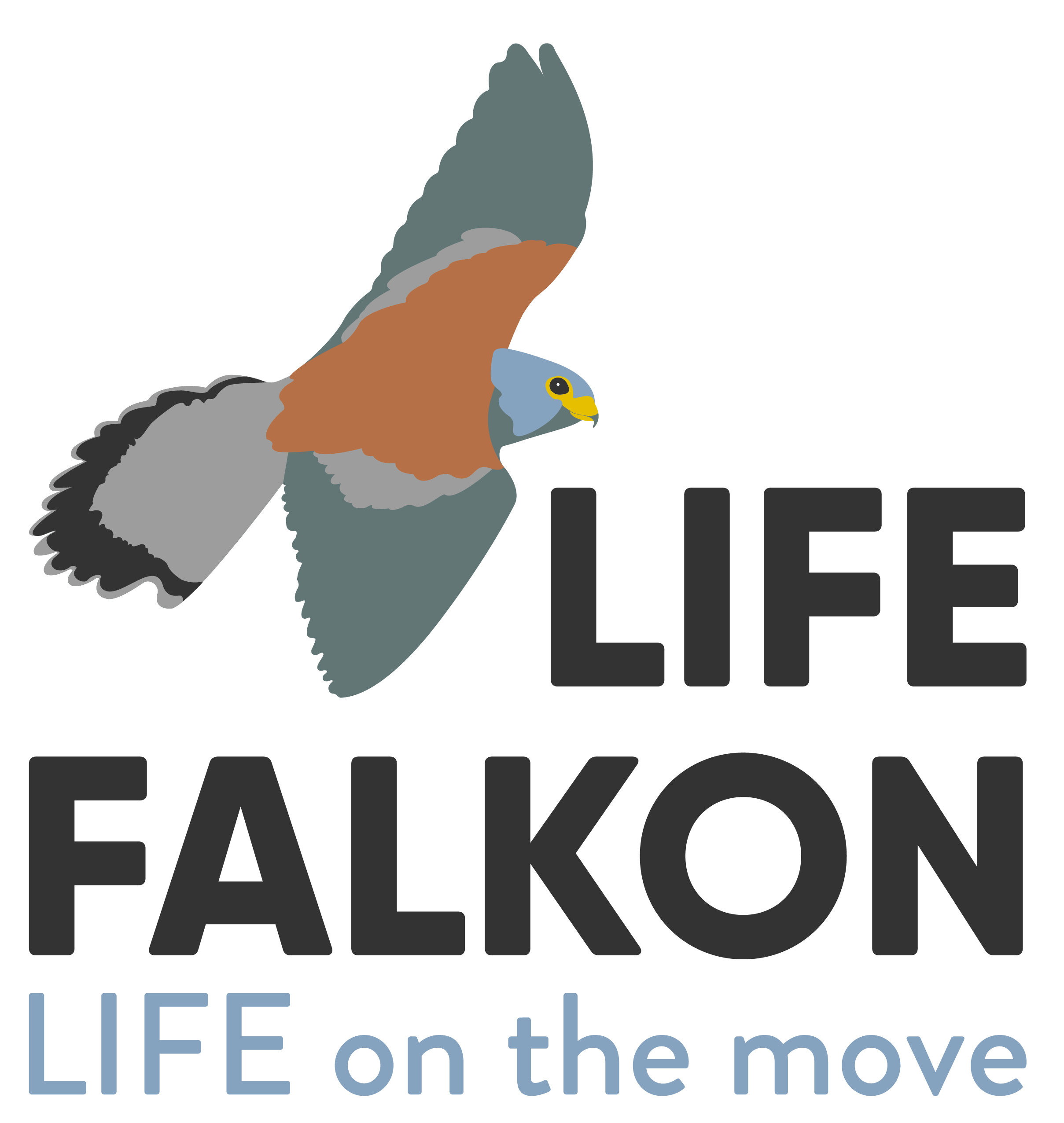 According to several climate scenarios, the average temperature in the Mediterranean will irreversibly increase by at least 1.5°C in the coming years. Furthermore, the frequency and intensity of summer heat waves will increase.

Since the lesser kestrel is concentrated in the Mediterranean area during the breeding season, it is a species highly vulnerable to this type of sudden climate change. In particular, excessive heat waves can have serious effects on its reproductive success.

In the summer of 2021, Matera experienced the worst heat wave ever: 5 continuous days of temperatures above 38°C. This heat wave had a dramatic impact on the local colony of lesser kestrel, consisting of over 1,000 breeding pairs. During a study by the University of Padua and ISPRA aimed at assessing the effects of heat waves on the survival of lesser kestrel chicks, researchers found that during these intense heat waves the temperature inside the nests reached over 46°C.

The consequences for nests that reached such extreme temperatures were dramatic: there was a -65% survival rate in newly hatched chicks (for every 10 chicks, 7 died from the heat!). Those that survived were 12% smaller than chicks born in cool nests. These results indicate that heat waves damage their growth, leading to underdeveloped chicks that are less likely to survive the later stages of their lives.

In the long term, this phenomenon could lead to a marked decline in the local lesser kestrel population. This expectation is consistent with the prediction of a northward shift in climatically suitable areas for the species.

Quantifying the negative impact of increased spring and summer temperatures on the reproduction of the lesser kestrel is of paramount importance, and this awareness of the problem will help all those involved in the conservation of this species.

These tragic observations underline the importance of the actions taken by the LIFE FALKON project, in particular by providing the lesser kestrels of northern Italy and Greece with safe and well isolated nesting sites, north of their current breeding range, to support the adaptive capacity needed by this species in the face of climate change.