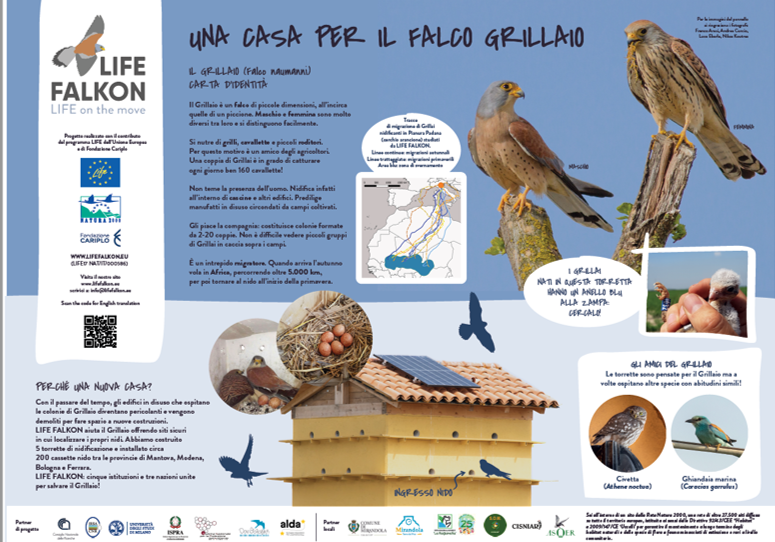 On September 11, AsOER, one of the major Italian ornithological associations, held its first assembly in presence after the pandemic period at Barchessone Vecchio in Mirandola (Modena). The LIFE FALKON project was invited among the guests of honor! Indeed, the association has signed an agreement with the consortium LIFE FALKON, for the management and maintenance of the nesting tower built in the locality ‘Trava’ of Portomaggiore (Ferrara) for the next 20 years.

During the meeting, AsOER invited the project manager Michelangelo Morganti (CNR-IRSA) to illustrate the objectives of the project and to emphasize the importance of the protection of the lesser kestrel for the  agricultural ecosystem of the Po Valley.

Also during the meeting – attended by about 40 people – the keys of the nesting tower were officially handed over to AsOER, which will manage  the tower in collaboration with the staff of LIFE FALKON in the upcoming months and autonomously in the future. In addition, AsOER was provided with the information panel in which the reasons and function of the tower are explained, as well as the objectives of the project. The  association has installed the panel in the prepared notice board at the oasis of ‘La Trava’. The nesting tower in Portomaggiore is only one of the five nesting towers built by the  LIFE FALKON project! 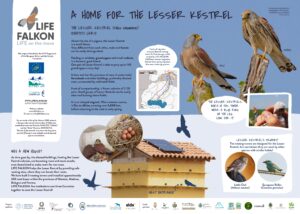 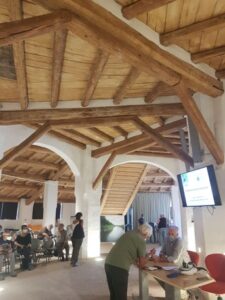