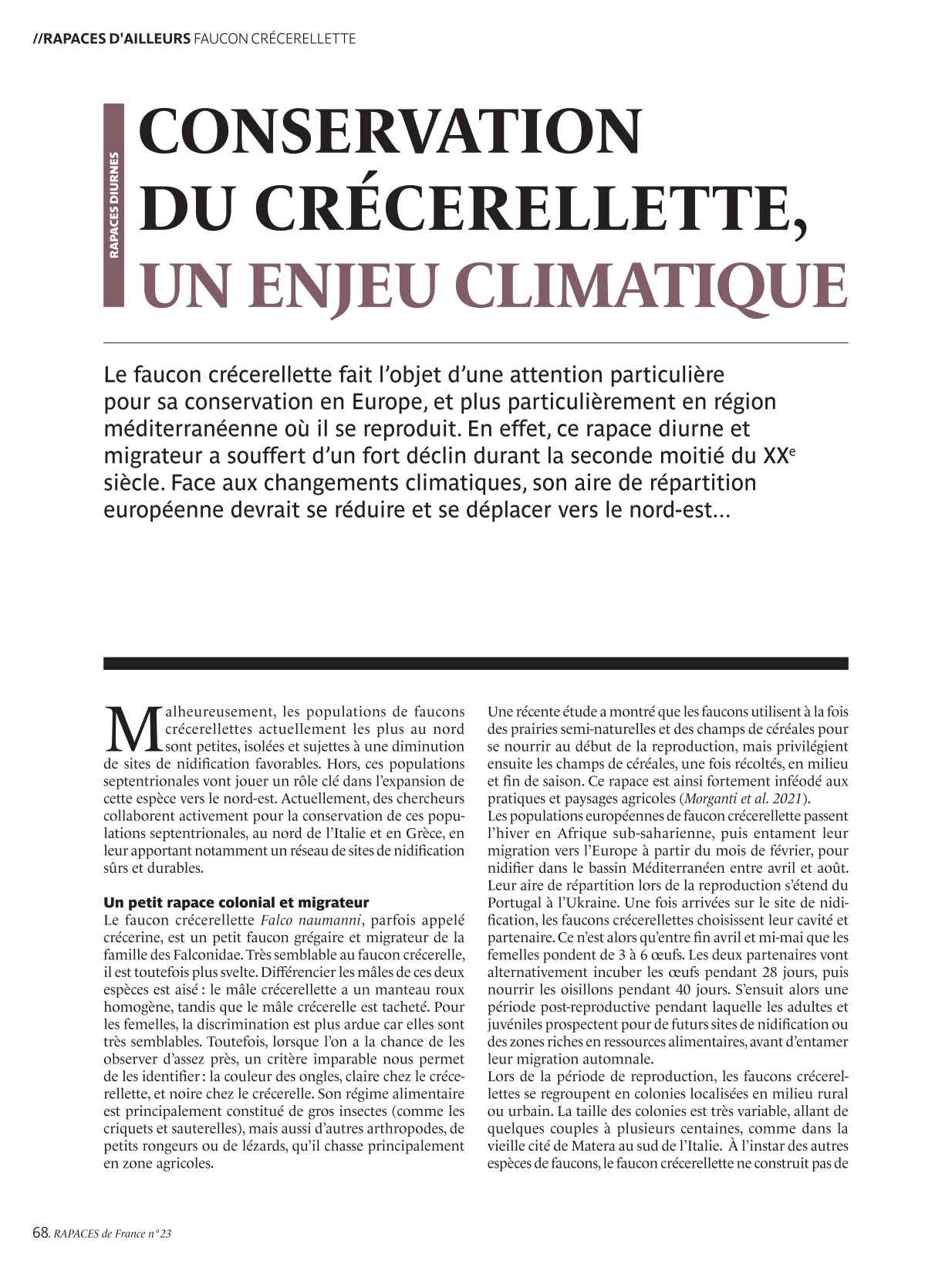 How is climate change affecting the lesser kestrel breeding range? What can we do to counteract these negative effects?

The conservation of the Lesser Kestrel is a matter of great concern throughout Europe, particularly in the Mediterranean region where its core populations breed. Indeed, this diurnal and migratory raptor suffered a sharp decline during the second half of the 20th century. Moreover, due to climate change, its European range is shrinking and shifting towards the north-east.

Unfortunately, the current northernmost populations of kestrels are small, isolated and a decrease of their suitable nesting sites is ongoing.  However, these northern populations will play a key role in fostering the expansion of the species to the north-east, as a response to climate change.

Indeed, a wide set of researchers and conservation initiatives, such as those reuned in the LIFE FALKON team, are actively collaborating for the conservation of the northern populations of these species in northern Italy and Greece, to grant safe nesting sites and raise awareness for more sustainable agricultural practices.

The technical partners of the LIFE FALKON project, such as CNR-IRSA, ISPRA, University of Milan and HOS discuss these questions for the wide public of birder, ornithologists and nature lover in a contribute invited by the LPO, the french League for the bird protection, partner of the international consortium ‘Birdlife’.

The article “Conservation du Faucon crécerellette : un enjeu climatique” (Conservation of the Lesser Kestrel: a climate issue) appeared in december 2021 in a special issue dedicated to raptors of the  L’Oiseau Magazine – periodical issue of LPO/Birdlife FranceThe article is in French, available for consultation and download here.